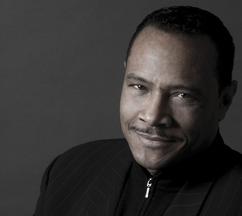 ​Calvin Hollins was born July 10, 1950 in the dirt hills of Mississippi. Calvin’s mother left his father when he was just 5 years old and they moved to Chicago for a chance at a better life. ​​​​​

Calvin Hollins is an entrepreneur from the south side of Chicago who not only owned the hottest nightclubs in Chicago he also created Mr.T, was the personal friend and manager of Mike Tyson, the father of 14 kids, former police officer, photographer for Playboy magazine and the first man pardoned for murder in Illinois. Calvin was the founder of Boyz From The Hood Non-Profit Organization and much more.

​For over 35 years, Calvin Hollins owned, operated and created some of the most exciting nightclubs and restaurants across the country.  From the Big Apple to the Windy City to Hollywood, Calvin has used his gift for creative design to establish some of the most celebrated entertainment venues known to us today.

​Straight out of high school, Calvin enrolled in college and started working for the famous Playboy magazine at the Playboy mansion in Chicago. After being infatuated with the lifestyle of Hugh Hefner, Calvin decided to open his own photography business and named it Hollins Studios. Then following in the footsteps of his Godfather, Calvin changed his course of direction and decided to become a police officer.  After Six years on the force, he started managing Dingbat’s, one of the hottest clubs in the city of Chicago.  It was at this time, that Calvin realized his he wanted his own club so he went back to college for business management and design. Calvin has gone on to open 17 clubs and restaurants across the country.  The most notable was E2 where in 2003, 21 people died in the stairwell of his nightclub when someone sprayed pepper spray and the crowd thought it was a terrorist act.